Seven year old Cole was found frequenting a grocery store shopping center where he was abandoned. He shows signs of having been tied out or crated often, only living on the fringe of family life because he gets very excited when people show him attention. Cole loves people but doesn’t know how to exercise self-control while he socializing. Cole also has an obsession with objects, they can differ as his mood strikes him. Once he is obsessed with something it takes him a while to forget about it. 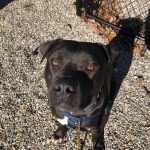 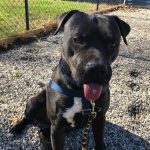 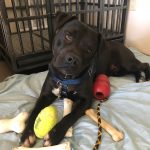 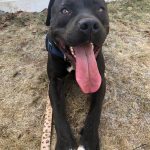 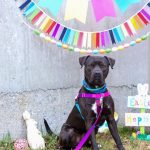 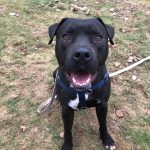 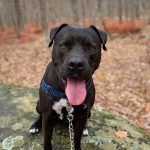 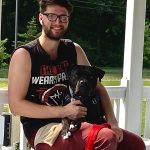 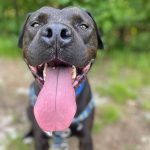 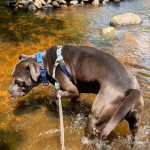 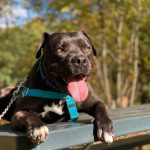 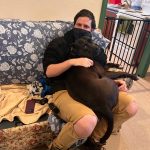 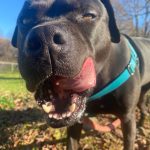 Cole is the big man on the Sanctuary campus. He’s met a few new staff members and for the most part he’s handled the change without upset. We have figured out how to diffuse his anxiety so that he can calm himself after experiencing something that is stressful for him. We use a lot of busy boxes with him where he tears into all the Amazon boxes we have in order to find his stuffed kong or a toy he likes. He also likes to find a jolly ball once he tears open a box and he will tire himself out with that.