Tucker’s story with us first began when he entered our rehoming program, a program offered to pet owners where your pet stays in the home while we help search for a new home. His original owners had adopted him when he was a young dog. They had become empty nesters and wanted more freedom to travel than living with Tucker gave them. He was adopted to a loving family in 2017, but while living with them he became increasingly cat and critter aggressive. Unfortunately, he apparently mistook a neighbor’s Pomeranian dog for a cat and was no longer welcome in the neighborhood. Given our lifetime promise, a safety net agreement where we will welcome back any animal that we’ve adopted, his owners reached out to us for help. Even though it broke his family’s hearts they made the decision to send him back to us and live at the Sanctuary.

When Tucker arrived, he was understandably nervous and wasn’t too sure what to do with all of his excitability and self-doubt. At first glance, he can look quite intimidating, but Tucker was just a baby at heart! All he wanted was reassurance, affection, and to bond with his people. Thankfully we have a whole team of staff and volunteers to help Tucker trust in his friends and gain the confidence to navigate through the world! Over time, Tucker learned that when in times of need, he could look towards his person to show him that everything would be okay! Though he excelled in all of our Canine College dog training classes on multiple levels, staff did extra training at the Sanctuary with paired walks with other dogs, field trips, and group walks! We were so impressed with his transformation and knew he would thrive in a home full of love, confidence, and compassion!

Given his past and his needs, it was challenging to find Tucker his perfect home. We wanted someone that understood excitable Pitties and could give Tucker the reassurance and lifestyle he needed to continue thriving in the real world. Over the years during that search, Tucker made many friends at our Sanctuary and won over many hearts! After a long journey, we were so grateful to finally find his special person! The adopter previously had a Pitty that was very similar to Tucker and had the lifestyle and experience to help give Tucker the love and care he needed to thrive and enjoy life!

During our follow up conversations, his new dad let us know that Tucker has been a joy! He’s been sleeping throughout the night, getting lots and lots of walks and hikes, and has been doing great with listening to commands! Tucker even joined us for classes post-adoption to show his dad all that he knows! During the winter season, Tucker enjoys his heated bed and during the summer season, he appreciates the car rides to DQ! But his dad reassured us that he’s still keeping Tucker fit despite the added ice cream in his diet! We just reached Tucker’s one year adoptiversary in February. His dad let us know that Tucker will soon have a mom as he’s engaged and will be married this year! We are so incredibly happy for Tucker and his family! We wish them many more wonderful memories to come! 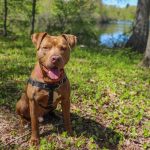 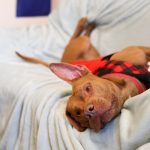 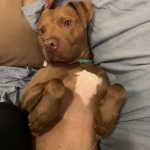 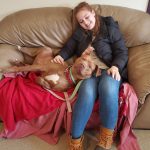 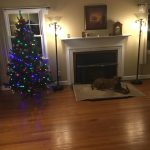 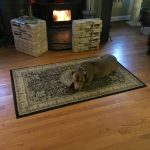 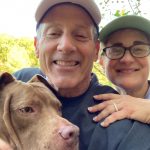