Gidget was less than a year old when she was abandoned at a vet hospital with a broken leg, now she’s 8 years old. The staff came to work one morning to find that she had been left there overnight. For treatment they put a heavy bandage on her leg and healed her leg using cage rest only. Once the leg had healed sufficiently to start physical therapy they contacted us to take her into the Sanctuary. Once she settled in with us we realized how her rough start in life had impacted her—she stopped wanting to make new friends. Gidget was most likely born and raised with very little early socialization, which was now making it hard for her to cope with all of the new people she was now meeting. So, we moved her to a quieter cottage that had less visitors, and developed a consistent way of introducing her to new people. Gidget has thrived on the routine, and as long as she is managed properly and introduced to people with our now widely used “Gidget intro”, she’s made so many new friends that she has her own excel spreadsheet to keep track of them. Gidget thrives on the consistency of her daily activities at the Sanctuary which even include daily PT and massage for her now healed, but still problematic broken leg. Gidget has attended every type of class that we give at our Valerie Friedman Program Center and also has a spreadsheet for all of the tricks she knows. If you sneeze near her, she can bring you a Kleenex! 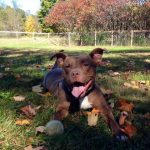 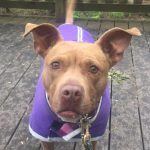 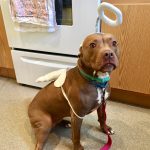 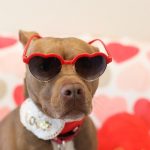 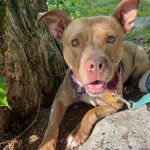 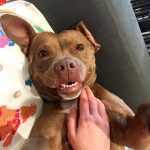 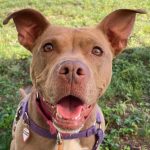 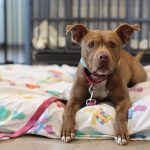 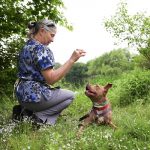 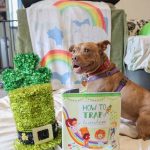 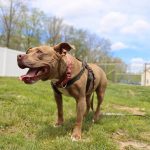 Gidget has responded well to the acupuncture and chiropractic adjustments done on her broken leg. She also receives Chinese herbs that have accelerated her healing. The staff frequently write that she is “spicy” when they take her out for walks. It’s so great to see her feeling good after being pretty miserable for a while during Covid when we couldn’t seek help for her.