Aggie came to us first as a puppy from a local Animal Control who seized all the dogs at her home. She came to us with her 3 sisters and we have many adorable puppy pictures of her! She was adopted to what we hoped would be her forever home in April 2013. Due to health challenges facing both the humans and another dog in the home, Aggie returned to us just over a year later. It turned out that Aggie wasn’t well socialized in her new home. She regularly went to the same places, did the same things, and saw the same people. When she came to us, she found the fact that we did things differently than she was used to very unsettling, and we found ourselves with a very anxious and unhappy dog. It’s been a long process with her since she returned working out a routine that works for her and us. Simple things such as the noise of tires on our gravel driveway or a horse walking down the road can cause her to be aggressive. Shiny objects such as iPads or changing her food bowl cause her a lot of stress (we always make sure we have duplicates of the one food bowl type she will eat from). She walks with a muzzle on because of the unpredictability of what may stress her out. Aggie’s biggest joys happen daily—at 8 years old now, she loves her morning hikes on the trails at the sanctuary and enjoys just lying in the sun for her afternoon outing in our large exercise yards. She even has a part of the trail named for her because she loves to just sit there and gaze out over the pond. 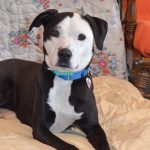 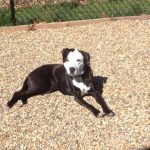 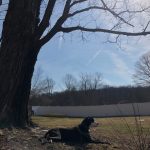 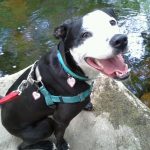 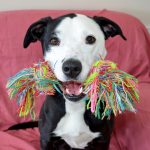 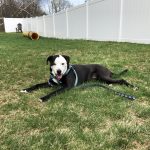 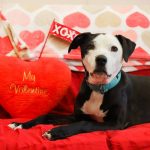 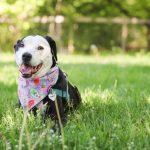 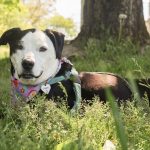 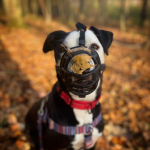 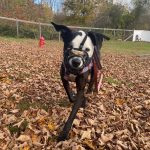 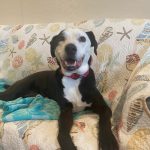 Aggie has been doing well meeting new members of the Behavior Cottage Team. In exchange she has decided that she no longer wants to go back to her room during tuck in shift for some staff members that she has known for a while. What has seemed to work best is to turn going into her room into a game where we set up a platform and have her go on it to do all the skills she gets rewarded for when the platform is in the living room. This has turned her room into a rewarding place other than meaning that the fun ends. Leave it to Aggie to continually challenge us in how to enrich our dog’s lives.