Champion is an owner surrender who joined the Sanctuary after his owner’s job changed. Champion originally came from another local rescue after having been transported up from the south. He started having behavior issues while he was settling into her home, and because this was her first dog, she mistakenly started training him using correction based methods. He also went to a doggie boot camp which did nothing to solve the dog reactivity issues that she was having, Champion came to Our Companions for a Behavior Evaluation and attended our Family Companion 1 positive reinforcement training classes, and was a star pupil. He’s now moved onto living at the Sanctuary where he’ll continue learning new ways of interacting in the world where he’s rewarded for all of the good things he does instead of associating pain with things that stress him. 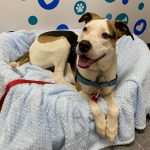 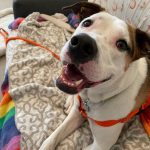 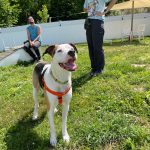 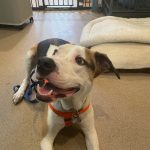 We are just getting to know Champion and help him settle into the Sanctuary. We are so glad to have him join us!