6 year old Dobby was adopted from the south and moved into a house with a cat. Despite the new owners loving him, he just couldn’t think of the cat as a roommate instead of dinner. His owners contacted us for behavioral advice, and were heartbroken to hear that his prey drive was too much to ever be safe around the cat.
While in the south Dobby injured his leg to the point that it had to be amputated. We call three legged dogs “Tripods” and he gets around just fine on his 3 legs. He lived with another dog in his home and was just learning to play with toys with help from the teenagers in the family. 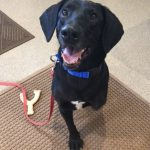 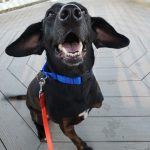 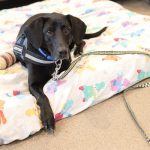 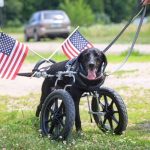 Dobby hasn't been home for a week and has already called the place his own! We're so incredibly happy for Dobby and his family! He also has a new name...Hat Trick!